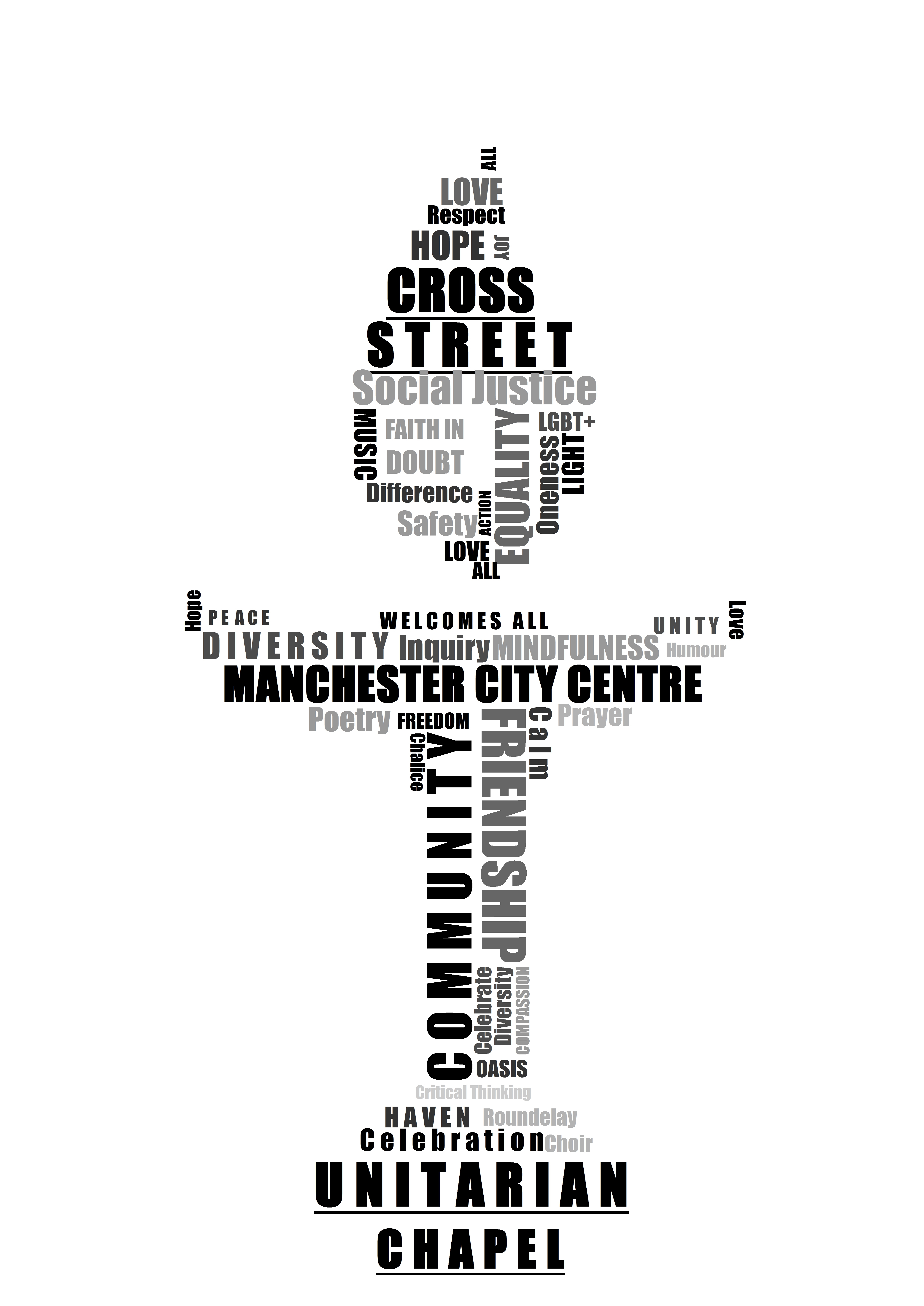 Unitarianism has its roots in protestant Christianity, and in England its core tenets have been expressed as “Freedom, Reason and Tolerance” – that is, the freedom to explore religious truths, being bound and guided by Reason and rational thought, and allowing for the Tolerance of differing beliefs. Unitarianism believes in the strength of diverse viewpoints, and encourages people to explore their lives and scripture.

We are a spiritual community who would encourage you to think for yourself. We believe that everyone has the right to seek truth and meaning for themselves, and that the best setting for this is a community that welcomes you for what you are – beliefs, doubts, questions and all!

We are called Unitarians because of our traditional insistence on divine unity, the oneness of God because we affirm the essential unity of humankind and of creation.

We do not claim the right to define God for others, nor do we expect anyone to accept uncritically anything they hear.

We recognise that God is experienced and defined in many ways. For some, the very word God is unhelpful.

We find unity in shared values such as:

On our religious journey we are aided and inspired by: